At  once a screen and mirror, the smartphone, this identity box of each and all, is an object of memory and illusion. The mobile phone and the screen are markers of our era and they also bear the marks of our daily gestures. These ubiquitous devices literally infiltrate every nook cranny of our everyday lives, and have thus cleared the way for the monetization of leisure time. In the process, we have become bound to a form of instantaneousness that simultaneously distances us from the present moment: we are perched on the edge between the virtual and material world.

The smartphone is an object requiring almost constant attention: we protect it, we talk to it, authorize it to remember moments of our lives and to inform third parties of our every move, so much so that it rapidly becomes irreplaceable: in no time its status changes from a precious and essential object to junk, to a dysfunctional and technological artefact, covered with a greasy film that bears witness to a compulsive use. These panes—shattered into a thousand pieces, trapped in cement, like the fossil traces of a bygone age—once again confront us with our behaviour before the GAFA (Google, Amazon, Facebook, Apple) entities. In returning to the state of mere physical mirrors, they also remind us of the eventual end of our digital identity.

Born in 1981 and 1987 respectively, Romain and Simon de Diesbach collaborate for the first time in the exhibition “Baie Vitrée” in 2017 at Villa Bernasconi in Geneva. Trained in jewellery and design, Romain pursued object and interior design projects in Burkina Faso. He is currently working for the Geneva-based association Materiuum. After a bachelor’s degree in Media & Interaction Design at ECAL (University of Art and Design of Lausanne), in 2014, Simon co-founded a company developing interactive innovation and virtual reality projects. In 2018, he left the studio to become independent motivated by a desire to develop more personally engaged projects. He is currently pursuing a Master in Film at the HSLU (Lucerne University of Applied Sciences and Arts) where he is developing an animated short film on “loneliness in a technoliberal world”. 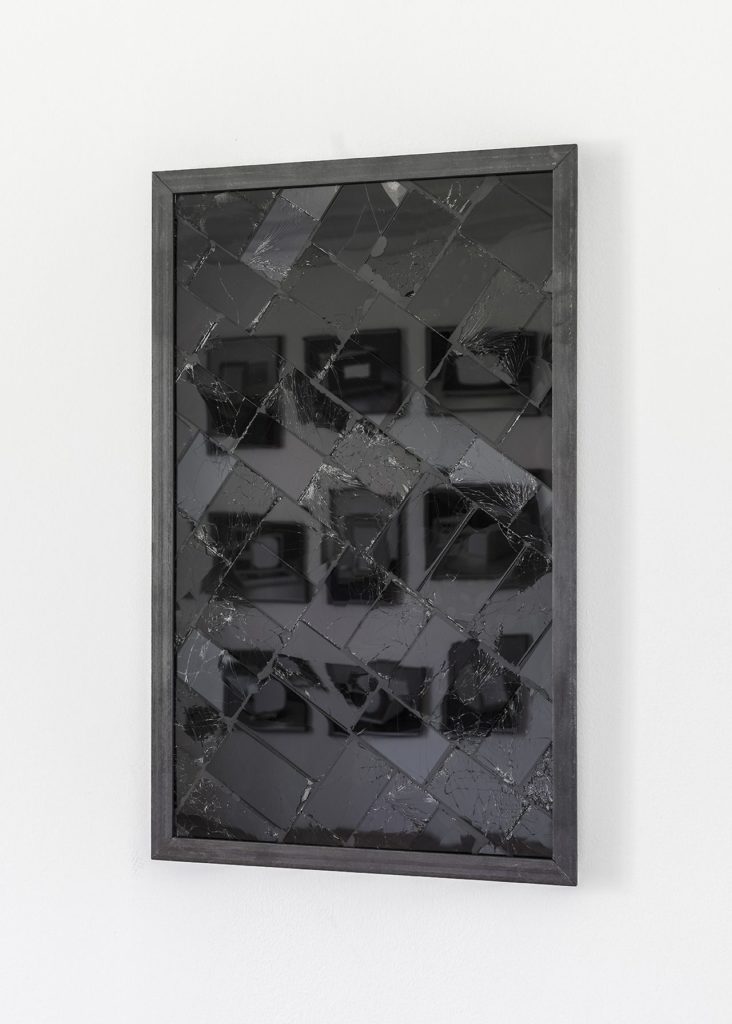