The artwork: In Extremis

In Extremis, by Dominique Sirois and Baron Lanteigne, is the result of a very recent collaboration between the two artists. Both a sculpture and video installation—comprising passages between the two—, the work raises the question of the liminal space between the virtual and the real, the materiality of the digital and obsolescence.

Through an arrangement of proliferating screens—some in working order, others not—textile cables and structures, it suggests a certain disorder in which there is discontinuous dialogue between connection and disconnection. Could the Internet survive it’s own death, in a virtuality that would escape us? This question, which evidently remains unresolved, here stimulates reflection about the way in which the Internet’s infrastructure extends beyond the screen. Between the hardware, the screen apparatus and the undetermined space of the digital, there is a gesture—that of turning this system on. Various zones are revealed: first, the screen-portal that receives and emits the data; then the touchscreen and its manual operation, which is extended into a great number of connectivity phalanges; and finally there is the other side of the screen—beyond the screen? The networks’ infrastructure, more specifically the underground fibre optic channels, which are akin to a nervous/bone system, then reveals the fragility of the World Wide Web—unless this fragility is nothing but a facade?

Baron Lanteigne is an artist based in Quebec City, Canada. His multidisciplinary practice depicts the overlap between the physical and the virtual through Screen-portals.

His work is part of many online collections and exhibitions such as The Wrong Biennial 2018, Real-Fake, SPAMMM and Vimeo Staff Picks. This virtual presence is complemented by screenings in various international events such as SAT Fest (CA), Art Souterrain (CA), Vector Festival (CA), Dutch Design Week (NL), SONAR+D (ES), CuVo Video Art Festival (ES), Electrofringe (AU), CPH:DOX (DK) and many more. Baron Lanteigne works as an instructor and a technological consultant for artists and artist-run centres. 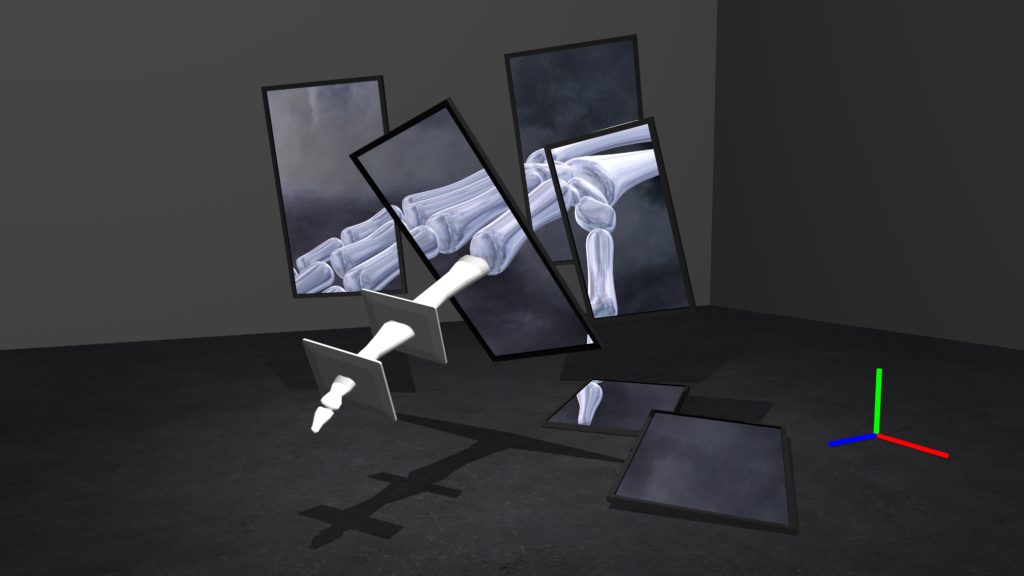