St.Petersburg based collaborative artist collective Tundra focused on creating spaces and experiences by exploring facets of interaction between audio and visuals with human emotions. Tundra specializes in multimedia performances and immersive audio-visual installations. Their multidisciplinary team involves musicians, sound engineers, programmers and visual artists. The team is known for works presented at festivals of multi-media art in USA, Europe, Asia, and Russia. Most of Tundra works have been premiered, reviewed by high profile media like Creators Project, FastCoDesign, Creative Applications, LSN and many others.

Inspired by the concept of digital nomads of 21st century TUNDRA team delivers their latest creation based on various pieces and algorithms from their previous highly acclaimed audio-visual installations premiered across the globe from USA to China.

With their work they try to swim against the tide of common misconception that perceives art made with sophisticated digital technologies closer to the entertainment industry rather than to the discourse on contemporary art. In NOMAD they follow in the footsteps of the pioneers of electronic art who in the 1960s used rudimental analogue and digital equipment to prove their audiences that the new media were oriented towards action, rather than contemplation. 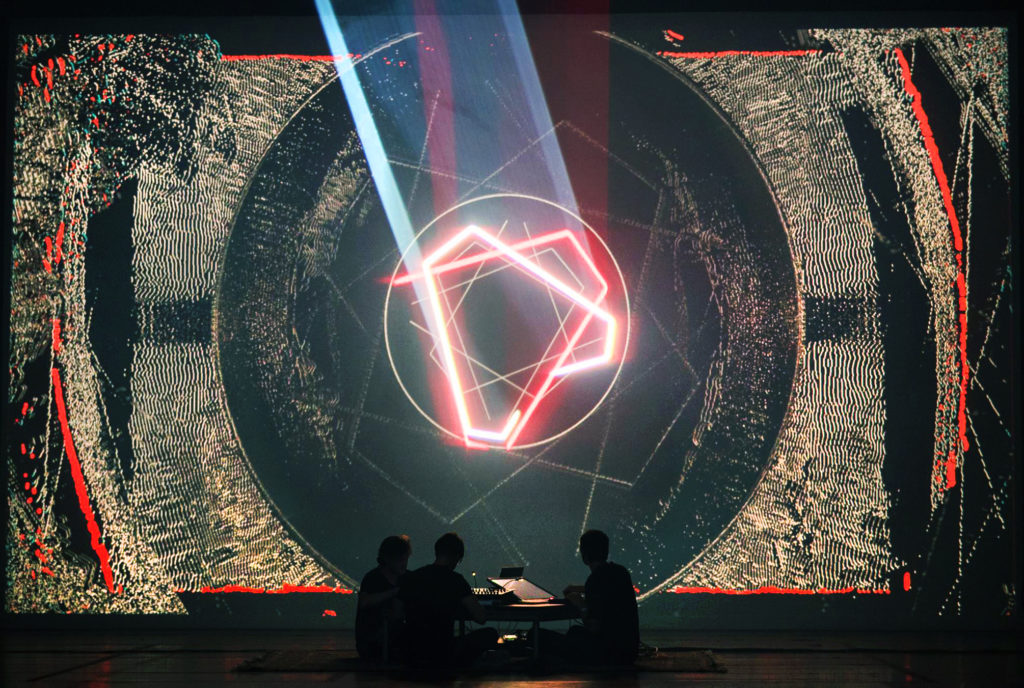