River and Marco C present an audio-visual performance where natural and synthetic realms coexist harmoniously. The work results in an illusive experience where analogue and computer generated elements, both in audio and video, don’t compete with each other but instead create a mutually inclusive environment in which nature and human artifice conjunctively fluctuate.

Grand River (Aimée Portioli), is a Dutch-Italian composer, poly-instrumentalist, producer based in Berlin. While mainly connected to the fields of electronic music and sound design, her compositions transcend these genres. Her work is known equally for her film scores as for her experimental and ambient projects. Influenced by classical minimal music Grand River’s work integrates a large variety of sound structures and symphonic calculations, often blurring the lines between traditional composition and research- based modernism. Aimée runs her own audio agency TapTempo Studio, and the experimental music label One Instrument.

Marco Ciceri is an Italian media artist. He starts his career in 2010 doing stage design and live visuals commissioned by festivals and musicians. After a short experience in London at the studio Marshmallow Laser Feast he finishes his studies at the University of Bozen with an audio video installation called “Reality”. In 2015 he becomes part of the Berlin based collective Pfadfinderei. 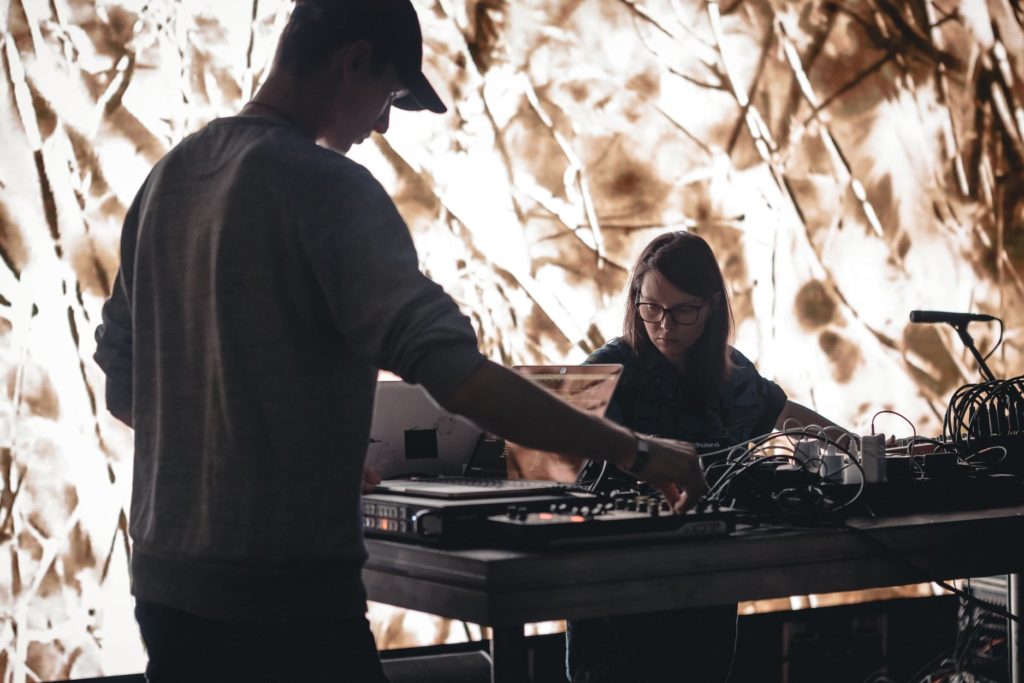